Democratic Town Hall: The Angry, the Inspired and the Resilient

Democratic candidates for president met in Des Moines, Iowa a week ahead of that state’s caucuses for a town hall style meeting with voters Monday evening. This different presentation of the candidates may give prospective voters new insights into subtle or not so subtle differences in tone, tenor, and policy. Senator Bernie Sanders faced voters first, with former Governor Martin O’Malley making the most of his time before Secretary Hillary Clinton rounded out the night.

Sanders certainly had amazing charisma. When he's the jovial, happy socialist democrat, he can be quite funny and even charming. It's a great juxtaposition to the actual tenor and tune of his campaign rhetoric. Both of these attributes were on full display during the town hall.

Voters asked the senator specific domestic policy questions. With regard to why people should support his Medicare for all program, it was because they are angry about the cost of healthcare. Sanders repeated his plan on giving children, both rich and poor, free college educations.

When questioned about how he would realistically fund his programs, he responded by explaining that people are angry about the billionaire-class making all the gains in the economy over the last thirty years. Challenged on how he would break the gridlock in Washington and actually pass his proposals, he explained how angry people are about all the money in campaigns because of Citizens United.

Interestingly, at the beginning of the next half of Sanders’ time with voters, he posed how he’s not ran a negative campaign. Then, went into a point-by-point attack of his main opponent, Clinton. A voter was concerned with what he would do as President on gun reform. Instead of answering the question, he dove into another defensive attack on Hillary Clinton instead of describing what specific steps he would do.

To put his town hall in context. . . ‘You're angry. I'm the vessel. Vote for me.’ It is consistent. It does definitely resonate with many voters. And, it has absolutely rallied more support to his side throughout the course of his campaign. His march has been steady. His rhetoric has been on point.

I wasn't even going to write about Martin O'Malley, but then he started engaging the voters in the town hall. I've not seen a more engaging, active, uplifting, and focused delivery of answers to questions from any candidate this entire election cycle until this moment. This is probably because I wasn’t anticipating anything remarkable.

He discussed criminal justice and civil rights as well as focusing on healthcare reforms in a way that is more affordable and dedicated toward wellness for Americans. He highlighted the economic benefits of focusing the country's manufacturing sector on tackling climate change.

Then, he began discussing his 15 point plan. I was curious, so here's a link to it. http://martinomalley.com/ To summarize it . . . high on goals, short on pathways to achieving them.

He discussed a new agenda for America's cities, and an economic reform plan with a theme of freedom from monopoly without stoking anger like Sanders. Probably, one of the most inspiring and visible political moments he's had during the entire campaign.

O’Malley certainly created an energy and buzz that was palpable and wholly different from Sanders. While Sanders was on an angry, negative, and at times defensive narrative, O’Malley seemed like a breath of fresh air to clear the political palette.

Hillary Clinton may have benefited from that cleansing and uplifting of the mood in the room, and she took full advantage of it, painting an exciting, forward-looking energy about the campaign and how she's used to people throwing insults at her and working hard for every vote.

When asked about why younger voters aren’t passionate about her candidacy, she dove right into how she's fought against the status quo for progressive values, to tackle all forms of inequality, and exactly what she's done. ‘Not talk, action.’

Challenged on her overall foreign policy philosophy, she discussed her imperative to avoid military action, use persistent diplomacy, while projecting our shared American values. Then, Clinton elaborated in how she worked to use diplomacy to ultimately avoid military action with Iran, forcing them to the table so they don’t achieve a nuclear bomb, as well as the complicated efforts she used to avoid yet another Israeli military invasion of Gaza after rockets began raining in Israel.

Pressed regarding her Iraq War authorization vote, she stated, ”I have a much longer history than one vote.” With even more specifics as to that history, she added that Obama also trusted her judgment. She also discussed advancing women's right, gay rights, Internet freedom, and religious freedom around the world.

Secretary Clinton really seemed to enjoy herself. She was high energy, optimistic, uplifting, and full of hope of finding common ground if she were to become the nominee and ultimately elected president . . . ‘the president for everyone.’

I don't think she mentioned Sanders once until the end when the moderator asked her to respond to a Sanders political ad. Her response was all positive. This was in stark contrast to Sanders, who earlier had mentioned her in nearly every exchange in a highly negative manner.

Of all the debates and the one candidate forum, this town hall may have actually altered the race significantly by reversing present momentum. O’Malley may have actually energized some movement in his direction, and from both candidates. Sanders’ support is fairly solid. However, I don’t see his attacks on Clinton and overall pessimistic, angry demeanor gaining him much added support. Clinton shored up support that may have been slipping in recent weeks. Any sort of dark cloud over her campaign was brightened by her spirit and enthusiasm for the process and fight she was all too familiar with.

Overall, this town hall was one of the most dynamic candidate experiences of the season thus far. It should be a very energized week and month ahead with candidates and their supporters all jockeying to move the needle. All of the candidates’ supporters should be thrilled with their candidates’ performances. There’s a reason you believe and support your candidate. They all share core values with one another. Remember that.
at January 25, 2016 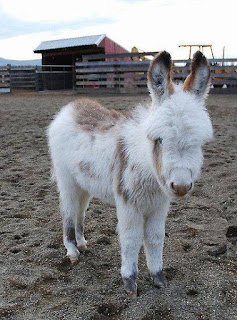